Innovators, business leaders, and security experts. vArmour’s leadership team is dedicated to the success of its customers and protecting what’s important.

With over 20 years of leadership experience in sales, marketing, and executive management at the CEO level, Tim has deep expertise in driving high growth for computing, security and enterprise software companies. Tim joined vArmour as CEO in October, 2013. Prior to that, he was the CEO at Silver Tail Systems from March, 2010 until the company was acquired by RSA, the security division of EMC in late 2012. Prior to leading Silver Tail Systems, Tim was CEO of Everyone.net, an SMB focused SaaS company that was acquired by Proofpoint. Tim has also held sales and marketing executive leadership positions at BEA Systems, Sana Security, Phoenix Technologies and IBM. Tim holds advanced degrees in business, international marketing, and financial analysis, primarily from Solent University in England. 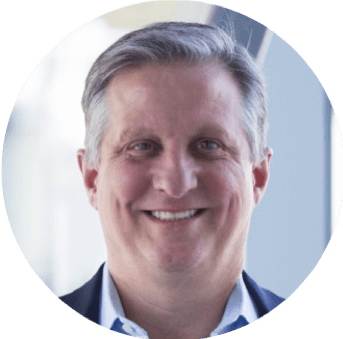 Chris Dentiste has more than 30 years of varied experience in financial management, accounting, M&A, business leadership, and corporate strategy. Chris joined vArmour in September of 2020. Prior to that, he served as CFO of RSA, a standalone security division of Dell Technologies, where he was responsible for all aspects of accounting, finance and operations and led them through the carve-out and divestiture of the division to Symphony Technology Group (STG) for $2.1 billion. Prior to RSA, Chris held several senior finance and M&A positions at Dell EMC and at Adaptec where he was instrumental in transforming the businesses by generating more than $400 million in new business. 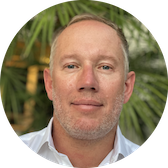 Niels Jensen brings more than two decades of experience in sales and executive leadership to his role as Chief Revenue Officer at vArmour. Niels is responsible for global revenue growth, go-to-market strategy, and post-sales value realization. Prior to joining vArmour, Niels was an executive at C3.ai and ForeScout Technologies where he ran public sector and commercial sales organizations, serving at both as they transitioned from private to public companies. He also previously served in senior sales leadership roles at BMC Software and IBM. Niels is a graduate from American University with a Bachelor of Arts in International Studies. 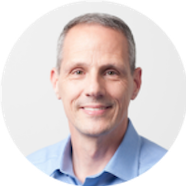 Jeff Jennings brings over 20 years of experience in leading engineering in building solutions for various areas in enterprise computing, namely cloud and enterprise security. Prior to joining the vArmour team, Jennings was the Vice President of Customer Engineering for Google Cloud at Google where he worked with product and technology specialists to innovate groundbreaking products for Google’s customer base. Before that, he spent over 18 years at VMware working across numerous divisions of the business from the systems engineering team to product development to becoming the Senior Vice President and GeneralManager of Networking and Security. Prior to his career in technology, he was a helicopter pilot in the US Navy. Jeff graduated with distinction from the United States Naval Academy with a B.S. in Systems Engineering. 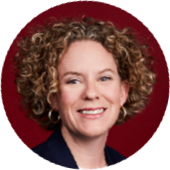 Kate Kuehn has been an active thought leader in Security and Advanced Network Technologies for close to 20 years. She led some of the industry’s first projects in DDOS, Ethernet as a network (CPA), SaaS and IaaS. Since joining vArmour, Kate has been focusing on leading alliances worldwide. Previously, Kate worked in Security and emerging technologies for companies like Senseon, Wandera, BT and Verizon. She is passionate security, and her main areas of focus include the role of security within digital transformation initiatives, diversity and STEAM outreach. SVP OF PRODUCT AND STRATEGY

Keith Stewart brings 15 years of experience in product management from top networking companies. He recently was the Senior Director of Product Management at Riverbed Technology and previously held the same position at Brocade, where he lead the services products group through multiple sequential quarters of 50%+ growth and led the company’s software-defined networking strategy. He also had an extensive run at Cisco where he was responsible for product management of Cisco’s flagship security platforms. Keith holds a BSc, Mathematics and Electrical Engineering from Queens’ University and a MSc, Management Science from Stanford University. 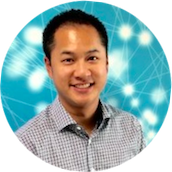 Namson has 12 years of experience in enterprise B2B marketing, with a deep background GTM strategy, demand generation, and branding. Prior to vArmour, advised marketing automation strategy as a Solutions Consultant at Marketo, and held Product Marketing and Demand Generation roles at Proofpoint. Before that, he was the head of marketing at Everyone.net, an SMB focused SaaS company that was acquired by Proofpoint. Namson holds a BS in Computer Science and Engineering from UCLA, and an MBA from Santa Clara University Leavey School of Business.

Marc has over 30 years of experience in mission critical infrastructure and software-defined networks. Marc joined vArmour as CTO in February, 2015. Prior to this role he was a Technology Fellow and the CTO for Networking and Telecommunications at Goldman Sachs. He served as a member of the Technical Advisory Group and as the founder and leader of the Security Working Group within the Open Networking Foundation (ONF). Earlier in his career he managed infrastructure at Cantor Fitzgerald and Coutts & Co. Marc has a decade’s worth of experience architecting and implementing datacenter software automation, and private cloud architectures. Marc is currently British and Worldcup Masters Surfkayak Champion and has represented England at the international level for several years.

With over 20 years of leadership experience in sales, marketing, and executive management at the CEO level, Tim has deep expertise in driving high growth for computing, security and enterprise software companies. Tim joined vArmour as CEO in October, 2013. Prior to that, he was the CEO at Silver Tail Systems from March, 2010 until the company was acquired by RSA, the security division of EMC in late 2012. Prior to leading Silver Tail Systems, Tim was CEO of Everyone.net, an SMB focused SaaS company that was acquired by Proofpoint. Tim has also held sales and marketing executive leadership positions at BEA Systems, Sana Security, Phoenix Technologies and IBM. Tim holds advanced degrees in business, international marketing, and financial analysis, primarily from Solent University in England. 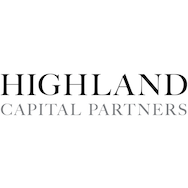 Founded in 1987, Highland Capital Partners is an early stage venture capital firm focused on putting the entrepreneur first. With offices in Cambridge and Palo Alto, Highland has raised over $3B in committed capital and invested in more than 270 companies, resulting in category-defining businesses across consumer and enterprise technology. Investments include companies such as 2U, Catalant, Harry’s, Malwarebytes, nuTonomy, Qihoo 360, Rent the Runway, Scopely, SmartThings, ThredUP, and Turbonomic. 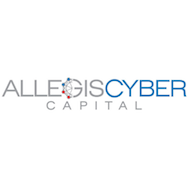 AllegisCyber, based in Silicon Valley and Maryland, has pioneered an integrated cybersecurity investment platform spanning seed to early-growth cybersecurity companies. AllegisCyber has been investing in cyber security for almost two decades in the U.S and select international markets and was the first venture firm to focus exclusively on cyber security and data science. The venture firm's team is replete with venture capital and start-up entrepreneurial veterans and has been described in industry press as the “Cyber’s Money Men” for its domain expertise and market leadership position. Current AllegisCyber investments include Area 1, Callsign, CyberGRX, Dragos, SafeGuard Cyber, Shape Security, Source Defense, Synack and vArmour. 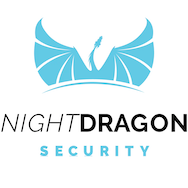 NightDragon Security is an investment firm focused on partnering with cybersecurity companies across the corporate lifecycle, from early stage, to growth, buyouts and special situations. Its flexible model allows it to lead or co-invest alongside leading venture capital and private equity firms in the pursuit of driving growth and maximizing shareholder value. NightDragon is unique in providing deep operational expertise in cybersecurity gained by its founders Dave DeWalt and Ken Gonzalez from years serving as senior executives leading technology companies such as Documentum, EMC, Siebel Systems (Oracle), McAfee, Mandiant, Avast and FireEye. 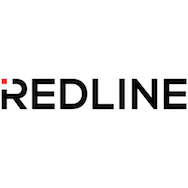 Redline Capital Management is a global Venture Capital and Growth Equity fund investing in fast-growing companies with differentiated technologies across North America, Europe and Israel. The firm prefers to invest in the security, data, enterprise software, internet and cloud, fin-tech, e-commerce, robotics and life science technology sectors. It was founded in 2014 and is based in London, United Kingdom.